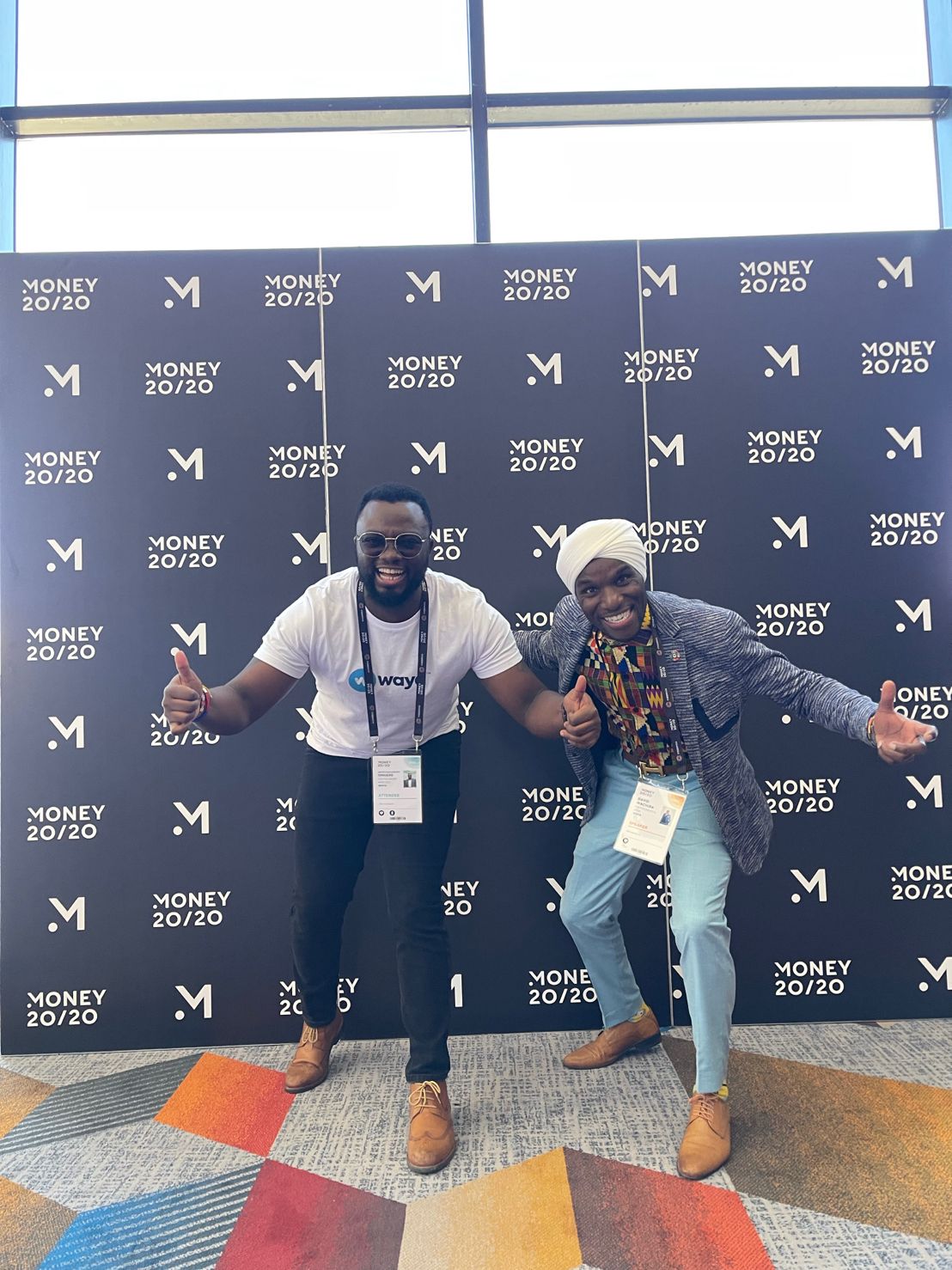 Why Getting A Ph.D. Was Easier Than Opening A Bank Account In the U.S.

Waya Co-founder and COO Dr. David Wachira says it was easier for him to get a Ph.D. in the US than a bank account.

The irony in that statement is that it speaks volumes about the accessibility of education in the US and also shines a light on the millions of immigrants who struggle to access financial services.

Dr. Wachira who graced the week-long 2022 Money 20/20 Conference in Las Vegas, said that this was the challenge that informed the decision to establish Waya which helps immigrant populations in the US live out their dreams by providing financial accessibility.

“I could not understand why after spending 14 years in the US, I could not have a bank account. It was not for lack of trying or ignorance.

“To put it into perspective, about 65,000 children who were born outside of the U.S. and are not citizens or legal residents graduate from high school in the U.S. each year,” Dr. Wachira told the audience.

With a great number of immigrant children finishing school and preparing to join the US workforce, it’s imperative that they are also facilitated in navigating the world of financial instruments and tools.

Generally, immigrants are only eligible for Social Security numbers if they are authorized to work by the U.S. Department of Homeland Security,

“What happens after they finish high school? They continue to live and work in the US and, as such, should, in the same light, be extended the ability to also be financially integrated and access banks.

“Even now, while living and working in the US for over 20 years, and having been recently married and needing a joint bank account, I almost jumped hoops to make it possible,” Dr. Wachira spoke.

After accumulating experience in academia and the World Bank, it was time to focus all his energy on establishing Waya to alleviate some of the challenges facing immigrants in the US.

“It took time to convince my co-workers and family to ease into the transition of me fully working on Waya and leaving the World Bank position.

“However, I felt ready to put the theoretical understanding and hands-on banking knowledge and expertise I had gained over the course of the 9 years at the bank into practice by serving my community,” he explained.

What Waya believes in

Waya’s duty to bank the underbanked and the unbanked allows these individuals to be more financially literate, secure, and, above all, integrated into the community.

It is believed that there are more than 10 million illegal immigrants living in the United States, together with more than 800,000 undocumented business owners who bring in a combined annual income of more than $250 billion.

Waya believes that immigrants without social security numbers deserve formal banking and can be identified manually in multiple other ways like driver’s license verification, passport, and national ID, among others.

Waya’s advantage lies in directly partnering with banks and mobile wallets, which helps reduce the cost that has continuously been left on the shoulders of users.

Money 20/20 Vegas: A Meeting Of The World’s Best Fintech Minds

The Ultimate Guide to Understanding Your FICO Credit Score

How Waya Helps Immigrants In The US Gain Financial Inclusion

How To Make The Best Investment Opportunities in Kenya

The Ultimate Guide to Understanding Your FICO Credit Score

Money 20/20 Vegas: A Meeting Of The World’s Best Fintech Minds

A Simple Guide To Taxes For Employed Immigrants

Why You Need The Waya App

Waya’s Banking services, debit cards, and bank accounts are provided by Lineage Bank, Member FDIC. The Waya Mastercard® is issued by Lineage Bank pursuant to a license by Mastercard International Incorporated. The Waya Card may be used everywhere Mastercard is accepted in the U.S. Mastercard is a registered trademark, and the circle design is a trademark of Mastercard International Incorporated. Waya is a product of Wayapay Limited, Inc. Wayapay, Waya, and associated names are registered trademarks of Wayapay Limited, Inc. All other trademarks and brand names mentioned belong to their respective owners. Standard data rates from your wireless service provider may apply. By clicking on some of the links above, you will leave the Waya website and be directed to a third-party website. The privacy practices of those third parties may differ from those of Waya. We recommend you review the privacy statements of those third-party websites, as Waya is not responsible for those third parties’ privacy or security practices. Ⓒ 2022 Waya. All Rights Reserved.